Is MOTHER 4 an official MOTHER game?

No. The game is not official or canon in any way, and should NOT be considered as such. We are fans of the series and are not affiliated with Shigesato Itoi/Hobonichi, HAL, Nintendo, or any other related party.

When will MOTHER 4 release?

Aren't you guys concerned about Nintendo shutting you down?

Not at all! Tldr: Nintendo only seems to go after remakes of existing games, or controversial fan games.

What platforms will MOTHER 4 release on?

We plan to port to Windows, Mac OS, and Linux. There will be no official console or mobile releases.

Why call the game MOTHER 4?

The dev team are all MOTHER fans at heart, the games really mean a lot to us, so we thought it'd be fun to make a “what if” fourth entry. Think of it as an elaborate piece of fan art.

Most fangames fail. Why won’t you?

We have the plan for the entire game already set out, and we know how to accomplish that goal. What’s left is to create assets, systems, and dialogue for the game.

How frequent will updates be?

We don’t want to create an update schedule since our workflow would become centered around updates more than what actually needs to be worked on, but we’ll try to communicate on our Twitter page every now and then.

Why isn’t there any other official social media, like a subreddit or a discord server?

What game engine is MOTHER 4 made in?

It’s made in a custom engine built on the Löve framework.

They sure are! Their mechanics have been expanded on slightly, and there's an entirely new roster of battle themes to combo with. Of course, like Mother 3, they’re completely optional.

Will Rolling HP be returning?

Yes! Like sound battles, the mechanics of rolling hp have also been adjusted slightly.

Are there any other new mechanics?

There are many, many overworld and battle mechanics new to MOTHER, though the specifics will have to wait.

Can you use a gamepad or a controller to play the game?

Yeah, most controllers should work via the rebinding menu. (Yes, this means you can play the game one-handed.) If your controller isn’t supported, you can try using Steam’s controller binding options.

Will (insert character from the trilogy) make an appearance?

Unless you’re thinking of some specific enemies or species, there won’t be any returning characters.

First, the project lead usually makes a todo list of things that need to be completed. Then, everyone does their best to complete the list. We frequently jump around and work on different parts of the game, since different aspects require different amounts of work to complete. We also have very open communication; anyone on the team can jump in and help with something. This helps us get ideas out quickly and lets us start work on them immediately. Our main rule is not to scrap something unless it's truly awful or brings down the game as a whole. This gives us more time to create new content, instead of recreating assets over and over again.

Does (insert thing) happen? When does the game take place in the MOTHER timeline?

That question will be answered with the release of the final game.

Will there be a MOTHER 5?

We hope that the ending of MOTHER 4 is conclusive enough to make something like that unnecessary, but the developers will be moving on to other things after development is complete. 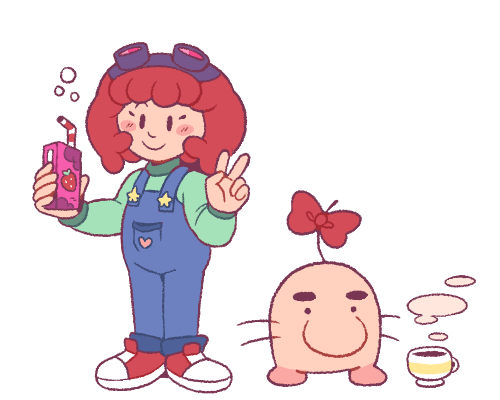 MOTHER 4 is an unofficial fan project and its developers have no relation to Shigesato Itoi, HAL labs, Nintendo, or any affiliated parties. We are independent developers working on the game during our free time. Please support Nintendo and Hobonichi if you can.